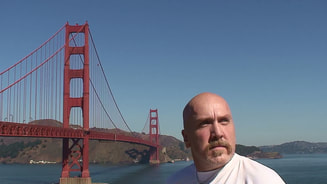 Bachelor of Arts
with honors in theatre, double major in Art (photography and drawing) and Theatre (scenic and lighting design).
Recipient State of Illinois Board of Regents full ride, four year, talent scholarship in the Arts.
Illinois State University.

2017-10 Book published, "Neither Here Nor There," photos by Dennis Neal Vaughn, poems by Walt Whitman, essay by Robin Titchener.

2017-08 through 09 Light Leaked, Travel and Discovery, 3 images selected from "Along The Edge Of San Francisco" series.

2017-05 Fall Line 50, book "Betwixt and Between" selected for top 50 self published books exhibition and distribution

2017-01 Book published, "Betwixt and Between," photos and text by Dennis Neal Vaughn

​
Past Exhibitions and Permanent Collections of his work include:


Mr. Va﻿ughn's art work includes mural commissions for both
the City of Chicago and the Chicago Park District
as well as short films based on his artwork for MTV.
﻿
Past Vice President, Board of Directors, Independent Feature Project/Midwest
Chicago, Illinois